↓
Home→blog→Influencing policy and practice in digital education
Professor Christina Preston,  Chair of ITTE and founder of MirandaNet, writes about the history of our professional influence in policy and practice from the 1980s up to the current day.
A bit of history 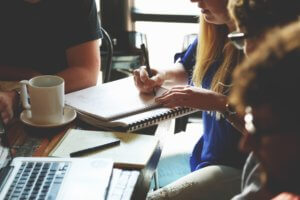 Professional organisations stem from the tradition of medieval Trade Guilds and are still going strong. Wikipedia informs us that a guild is an association of artisans or merchants who oversee the practice of their craft/trade in a particular area. The earliest types of guild formed as confraternities of tradesmen. They were organised in a manner something between a professional association, a trade union, a cartel, and a secret society.