Background
STEM is fast becoming associated in supporting practical activities in computing. The Constructionism (Papert, 1980) approach not only enables engagement of a student but provides the platform to develop Computational Thinking (Wing, 2006) skills and approaches linked to creative and critical analysis methods of practices, supporting the growth mindset (Dweck, 2012). The one key element which is driving the popularity of these STEM activities, is the ‘fun’ element. 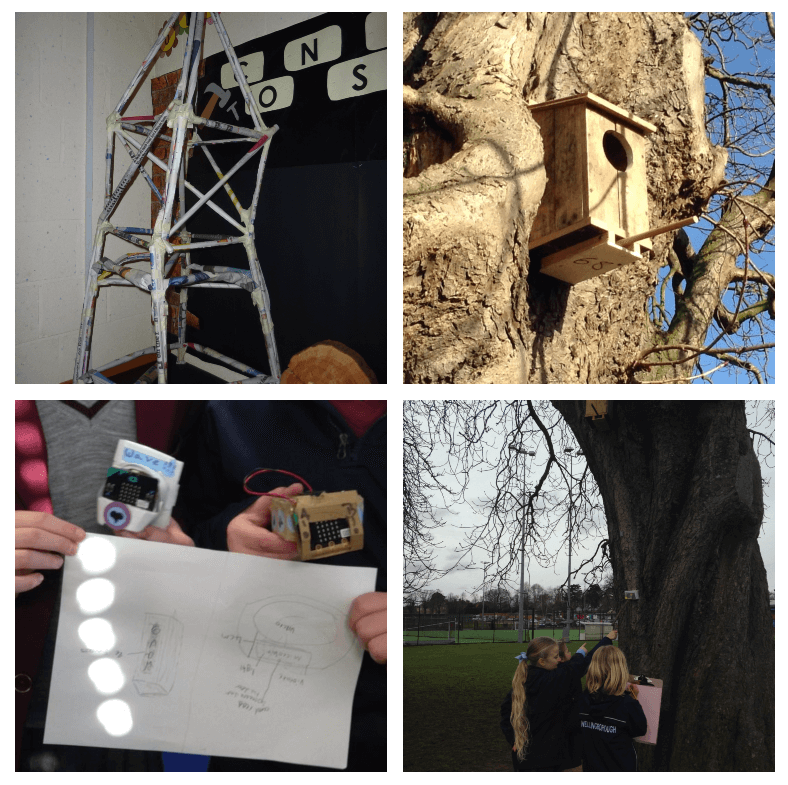 As part of our special week around the topic of ‘construction’, the teachers in years 1, 2 and 3, together with myself, as the specialist teacher of computing, discussed the potential themes that could underpin classroom projects that could be carried out with a STEM approach. From a technical strand, the resource I felt would cover all year groups was the BBC MicroBit device, due to the limitless applications the MicroBit can be used in. With very little prior knowledge required, this resource lends itself to be programmed with ease and used in a mobile situation supported by a mobile battery pack. With the aid of Helen Caldwell, Senior Lecturer in Education at the University of Northampton and ITTE Research Fellow, FHEA, we were able to obtain a set of MicroBits, battery packs and download cables to support our STEM projects. 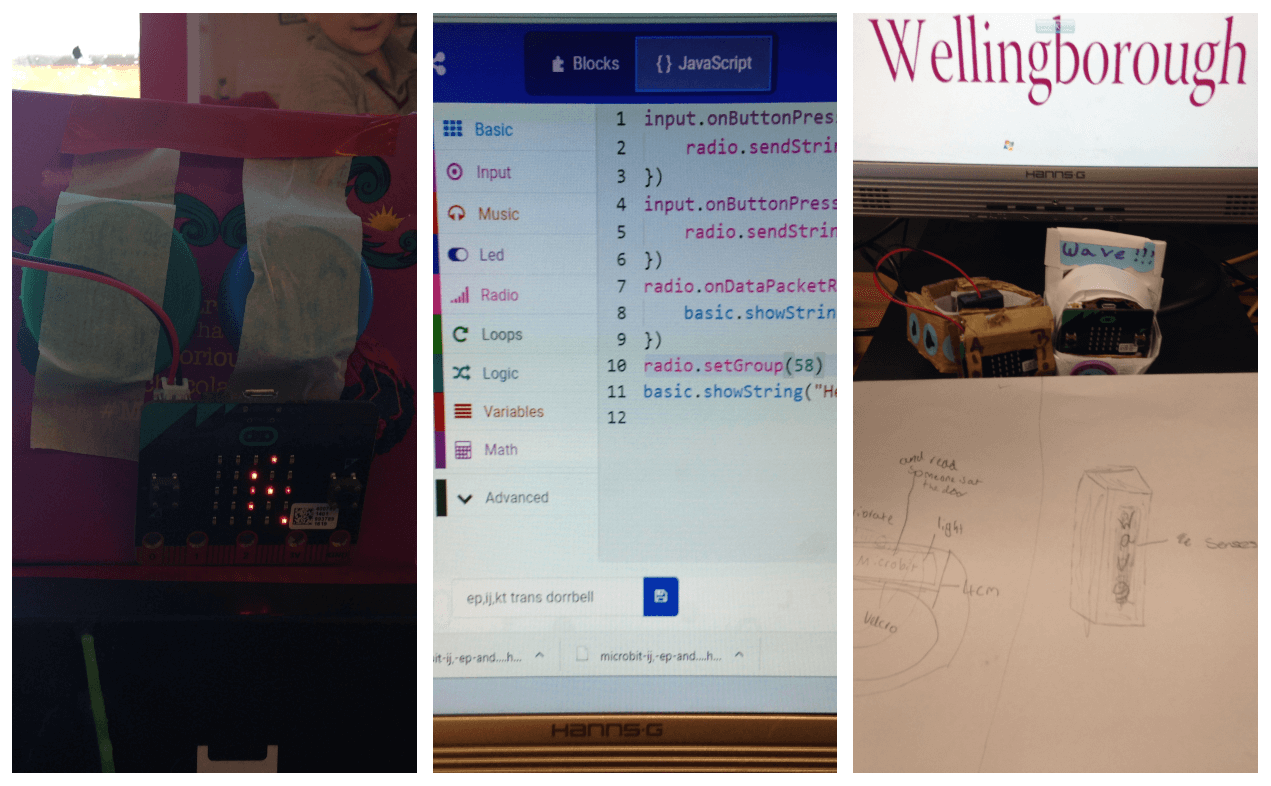 YEAR 1 – Famous Buildings
We have 2 classes in Year 1 who used straws to construct a model of the Eiffel Tower which was linked to their French project. As the specialist teacher of Computing and aided with a teaching assistant, the children learned how to independently programme the MicroBit using makecode.com block editor website to display a scrolling message in French. The message, ‘bienvenue a Paris’ was lit by the LED lights on the MicroBit. The children worked in small teams of 2 to plug in the MicroBit to the computer with the USB download cable and following the instructions, transferred the codedown onto the MicroBit. The children then unplugged 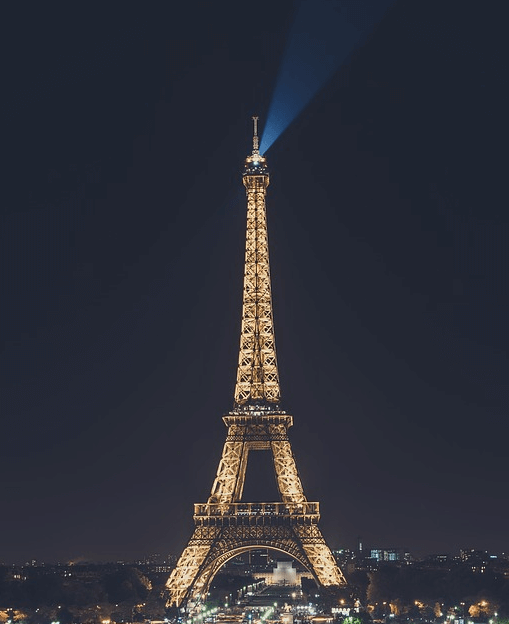 the MicroBit and following the instructions connected the battery pack and inserted the 2 AAA batteries. The microbits & battery packs were fixed to the top of the Eiffel Tower models using adhesive Velcro. The models were displayed for over 3 weeks in the classrooms with the battery packs disconnected at the end of each day. The batteries did not need to be changed. The project enabled the children to draw on their prior knowledge and understanding and consolidated learning gained from core areas of the curriculum such as Maths, Science, French, Computing, Art, DT, Geography and History.

YEAR 2 – Body Robots
We have 2 classes in Year 2 who chose to use junk modelling bought in from home to build their robots. The children in small teams first planned out what their robot would look like on paper. As part of this process the children has to discuss and agree on how many MicroBits they wanted and what they would like their MicroBit to do. As a specialist teacher of computing working with the class teachers we explained and demonstrated to the children what we could get the MicroBit to display. When all the robots were built, each team of children bought their robot and plan to the Ada Lovelace suite to build their code using makecode.com block editor on the computers. They built up the program to code the MicroBit to display the desired message or image. The children wanted to emphasize their knowledge of the parts of the human body, so some teams coded the MicroBit to be a beating heart, another team used 2 MicroBits, one to display the word ‘left’ with the other displaying the word ‘right’. Another 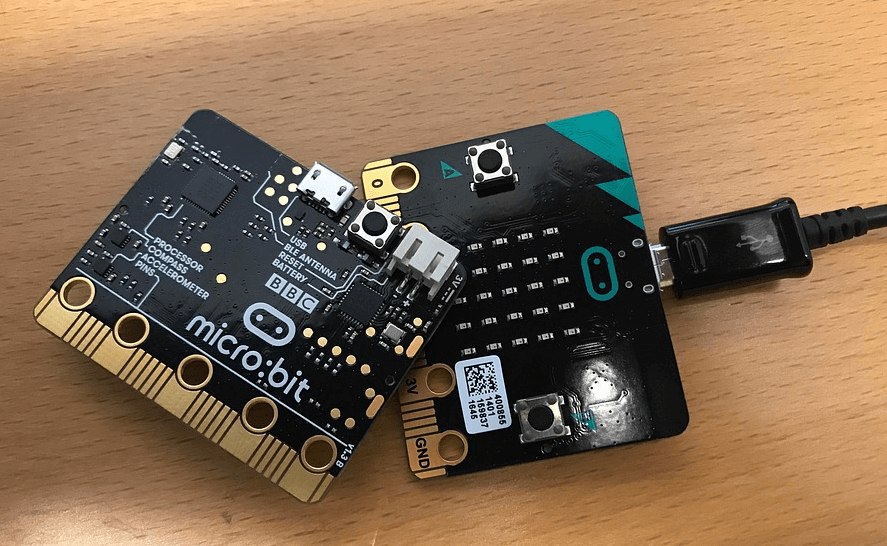 team used 2 MicroBits to be flashing eyes. Remaining teams opted to use their MicroBis to display voice messages of their robot. The children in each team took it in turns to work through the different processes in coding, downloading to and powering up the MicroBit. The elements involved in this STEM project complemented key areas of their learning including the topics of ‘electricity’ in DT and ‘parts of the body’ in Science, ‘measuring’ in maths, ‘programming’ in Computing and ‘design and patterns’ in Art, thus consolidating their learning. Each team fixed their MicroBits and battery packs carefully using small pieces of self-adhesive Velcro, which was easily removed from the MicroBits after 3 weeks of use.

YEAR 3 – Nest Boxes
We have 2 classes in Year 3 who chose to combine topics from DT, Science, Maths, Geography and Computing to construct Bird Nest boxes as their project for the Construction week. The children worked in 5 teams to help plan out the design of the Nest Box and the materials which would be used. The woodwork teacher supported the children in cutting out all the sections for the Nest Boxes and assembling them together. Each team used 2 MicroBits, 1 as a receiver and the other as a transmitter. The transmitter was fixed in a false floor attached to the Nest Box. It was connected to the perch. As the specialist teacher of computing I guided the children in using makecode.com to program the MicroBit sensor to activate a counter by adding an incremental number by 1 each time a bird landed on the perch. Using the ‘radio received’ function the children coded the MicroBits to display the count on the MicroBit acting as the receiver. Each team used a unique radio number and 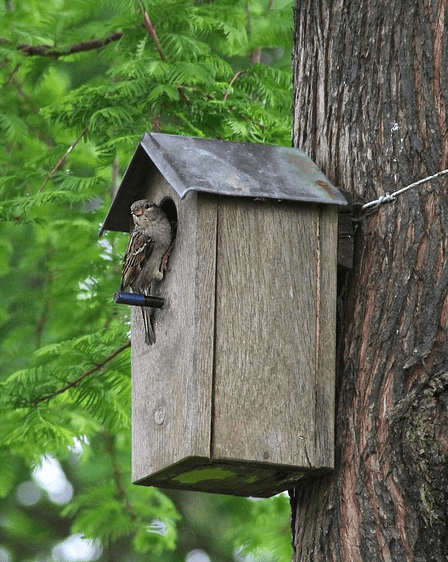 labelled up both MicroBits to ensure the correct transmitter and receiver were used with the correct Nest Box. The children watched on as the Nest Boxes were fitted securely into the trees by adult maintenance staff. The receivers were put in clear plastic boxes and affixed to the base of the tree so the children could easily identify what the count was. As the Nest Boxes were being secured into the trees this had activated the counter which we had already considered so we had put code on the receiver to reset the counter by pressing button B.

Over the following 3 weeks of the project, the children in Year 3 who all took it in turns to be Digital Leaders, checked the receiver regularly to record what activity had happened. We had 5 Nest Boxes put in various locations around the school site. 3 of the Nest Boxes contained MicroBit activity sensors. For the first week there was no activity, with the second week showing only 1 Box with a counter of 1 visit. Some of the Digital Leaders in my lunchtime club on week 2 researched online further into Nest Boxes to discover that typically birds won’t nest in a newly installed Nest Box and that it would take 12 months until they would do so. At the end of the second week the batteries had run flat after being in constant use for 24 hours a day over 2 weeks. At the end of the project the MicroBits were removed from all Nest Boxes and all the receivers were brought in and the data was analysed. None of the 5 Nest Boxes had any Nesting Birds which supported the online research and also because they were in places where Nest Boxes hadn’t been before. However the data did show some interest in, 2 out of 3 Nest Boxes that had MicroBit activity sensors fitted. 1 had a reading of 1 and the other had a reading of 3. However there was some discrepancy with Nest Box identified as ‘20’ because the transmitter had 5 on it and the receiver had 3. This could have been affected by battery power. To conclude the findings of the project the Digital Leaders in Year 3 put together a PowerPoint which they will be presenting in an assembly to the whole school.

YEAR 6 – Doorbell for the Deaf
There are 3 classes averaging 20 students per class in our Year 6. Since September 2017 I have devised a scheme of work dedicated to Computer Science with each unit focusing on developing core Computational skills and approaches by way of STEM themed activities. In November 2017 the students working in small teams of 2 or 3 worked on developing a concept around the design of a doorbell for a deaf person. Overall the teams reflected a good balance of both boys and girls, with a small number of teams made up of mixed gender. We used the BBC MicroBit as the technical element and the makecode.com website as the programming platform to code the MicroBitwhich the students were already familiar with. Over the following 6 weeks the students planned, designed, constructed, coded and tested out their doorbell for the deaf project. Many of the designs focussed around a simple scrolling message to instruct or alert the user to interact by pressing either button A or B, waiving or tilting the component. Each student concluded by reflecting the whole process in a PowerPoint which they created. Each team had 2 MicroBits, 1 to be the doorbell transmitter and the other to be the receiver. In developing the code the students applied a unique radio channel to enable their MicroBits to communicate effectively. In planning out their concept and design the teams researched online similar products on the market. They discussed how they could apply similar designs to theirs or indeed improve on what was already out there. Each team decided and agreed on the roles each person would carry out in each stage of the process which enabled their project to run with a good level of engagement and focus. Many of the teams applied or integrated elements of wearable technology to the doorbell receiver component. The resources available to support the ‘maker space’ environment within the classroom were limited and included cardboard, double sided tape, masking tape and adhesive Velcro, which was used to secure the MicroBits and battery packs to the projects and also provided an aid for fitting the wearable tech. However the students recognised that these indeed were prototypes that they were building and many were able to reflect in their PowerPoint presentations how they could scale up the concept if other resources had been available. 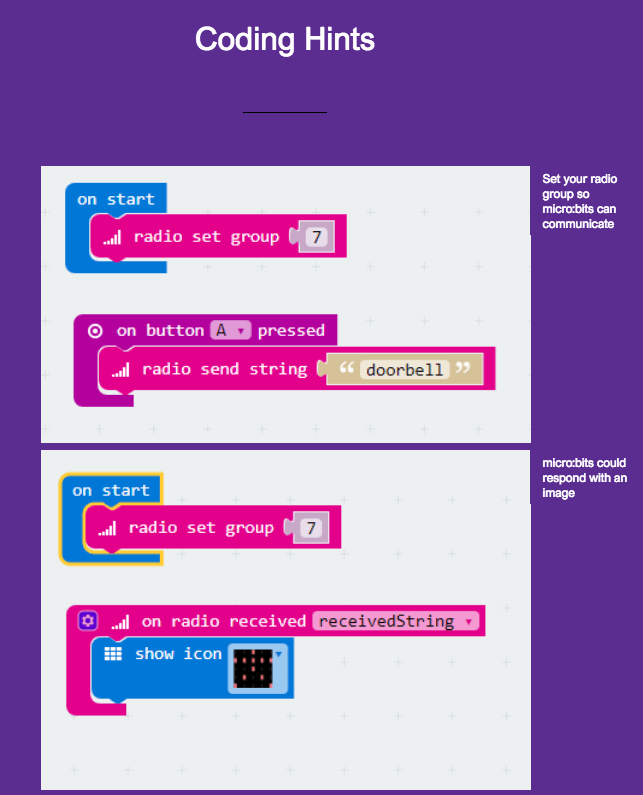 Follow this link for coding hints for the doorbell project: https://sway.com/FwhPl7aewoOBtA0D

The main driver for all students across these projects was identifying how they could apply technology with the potential to provide a solution to a real world problem.

Martine Mannion teaches with Helen Caldwell on the Postgraduate Certificate in Primary Computing course at the University of Northampton. This one-year course leads to 60 Master’s credits and is available as a fully online or blended version. Contact helen.caldwell@northampton.ac.uk for details.