↓
Home→blog→The Demise of the Book is Imminent
In the early 190s we were just becoming aware of Douglas Adams, the inventive writer of Science fiction and radio plays on the same topic. In fact, because of his skill in imagining how technology could be, he was employed. The actual object in his famous title, the Hitch Hikers’ Guide was, in fact, a laptop before they were invented, connected to the 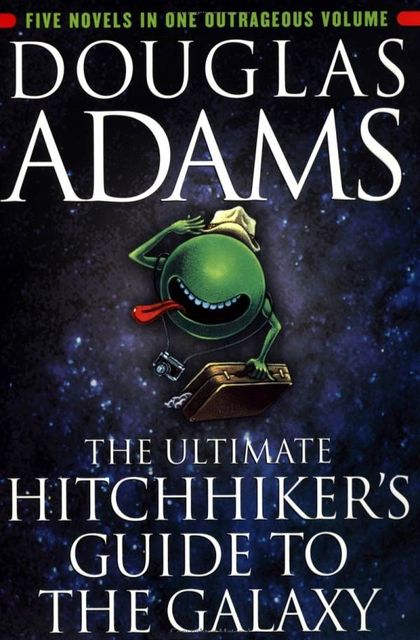 internet that did not yet fully exist. How Douglas foresaw the future we will never know but he was one of the first creative writers to prophesy the power of digital communication for good and ill.

How could we imagine in the 1990s that books would disappear, replaced by that plastic device he described in The Hitchhikers’ Guide to the Galaxy. A green screen with white writing linked up to 3 skyscrapers full of information personifying something called the ‘Internet’!

It was quite a coup because I had asked Douglas to lead in a debate, The demise of the book is imminent, at Sussex University. In his mews office in Kensington I discussed the topic with him putting forward the arguments I had rehearsed about the death of the book. The trouble is, he said, my publishers are not allowing me to write at all for anyone because my book is so overdue. But I would like to do the debate and I like your arguments. Can I use yours? 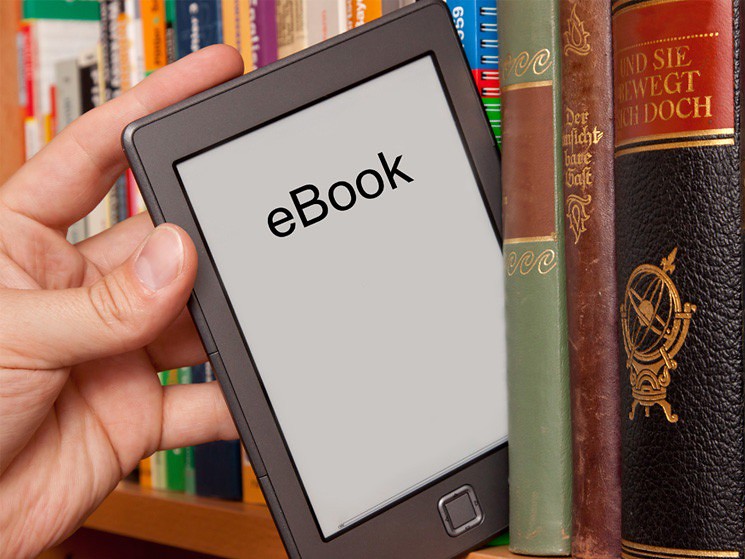 OK I said, knowing how popular he would be, even back then. You take my speech and I’ll write another one – it was a deal! He put my speech in his hip pocket of his jeans.
A month before the conference Douglas Adams minders rang to say that they had kidnapped him in a French chateau with a moat in order to get the book written. But they would let him give the speech through a TV link from his mews office on the day.
So there I was on the Sussex University stage in front of an audience of 400. The two women publishers were in place who were debating the motion in praise of books. My chair was ready and, in the place where Douglas’s enormous bulk should have been, there was a screen focusing on an empty chair in Douglas’s empty mews office. Clearly there was someone behind the camera  – but no Douglas in front of it.
I began to panic. Douglas had a reputation for being very late – or even not turning up at all!
The hall fell silent. We all watched the screen – five minutes passed. Then there was a judder as the camera operator trained the camera on the front door – which we could just see down the narrow mews staircase that led straight into the office; the door was flung open. Douglas was silhouetted against

the sunlight. He then blocked out the sunlight as he ran up the stairs and flung himself into the chair – so energetically that three buttons popped off his shirt!
“OK Douglas, very glad to see you”, I said hardly disguising my relief, “ we are ready to start. Please propose the motion, chair!”
Douglas pulled my notes, very crumpled, out of his jean’s pocket, where he had put them three months before, and glanced over them before he began.
Of course, the speech was masterly but nothing to do with all the careful arguments I had so generously plied him with. My speech was overshadowed, of course, by his brilliance.
The lady publishers went jointly for our jugulars – remember this was still the 1990s – thirty years ago. The women were lyrical about the weight of a book in your hand – the smell of an old book redolent of an earlier age. They talked of curling up in front of a fire with an exciting volume of fiction– and reading bedtime stories to wide-eyed attentive children.
Douglas and I lost the debate by a significant margin.
“Thank goodness for that!” he boomed, “I’m just about to publish another book.” And the tv screen went blank.
What a loss Douglas was when he died so young!