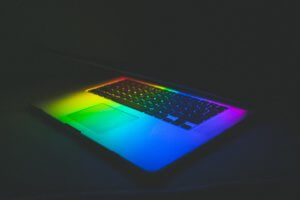 Photo by NeONBRAND on Unsplash

It is refreshing to read this week  Damian Hind talking about the importance and impact of technology in education.   After a number of years of either silence or antagonism about edtech it is great that the current Minister is recognising what we have been saying for years.   We owe a debt of gratitude to those who have managed to get his ear.  It is such a shame that we have had such wasted years when this area had been so strong after investment and support from successive earlier governments of both left and right.  Let’s take this opportunity to engage with the Department and influence the future of edtech for the benefit of all our learners.

Technology for learning was doing all right.

Then came wasted years that drove us insane

But now let’s do the tech warp again.