For his unstinting support and active involvement in ITTE at all levels since the inception of ITTE, which have played a significant part in the development of the association.  Roger was one of the founding members of ITTE in 1987 and served as its first chairman.  He has great vision and the tenacity to see things through.  He led the successful bids for the ICT Tutors Induction Project and provided effective leadership to the Project’s steering group on behalf of ITTE and the other associations in the IT Network.  As a result, many ICT tutors new to initial teacher education have benefited.

For his inspiration, enthusiasm and commitment to developing and helping ITTE.  Stephen was a leading member of the group that helped to found ITTE.  He was a member of the first committee elected in July 1987, and became its second chairman in 1989.  He initiated the ITTE newsletter and was the first editor.  He was also a leading light in the creation and launch of our journal JITTE (now TPE) in 1991, and served on the Editorial Board until 1998.  Stephen helped to coordinate the ITTE submission to the Trotter Expert Group on IT in Teacher Education, which was the first occasion that ITTE functioned as a national pressure group.  After gaining his Chair at Anglia Polytechnic University and setting up Ultralab, he continued to contribute to ITTE activities.  He was instrumental in securing a significant hardware donation to ITTE member institutions from Apple UK.  He has been a regular attendee at ITTE events and conferences over the years, delivering many thought provoking and entertaining keynotes and workshops.  He has always been an innovator and without his initiative and foresight, ITTE would not be the organisation it is today.

For her enthusiasm for others’ work and support for new members.  Avril was chair of ITTE from 1999 to 2001 and for many years was editor of Technology, Pedagogy and Education.  She managed the transition of the journal from JITTE, and saw it both continue to develop and consolidate its position internationally.  She provided extensive personal supportive feedback to authors for whom their submitted paper, initially unsuccessful, was their first and hence made a contribution to capacity building among new members joining the international community of researchers in technology in education.  Avril also had a role in initiating the association’s research seminars and in these, and other conferences, she always made time to engage, encourage and support new members.  Her own work on ICT and Creativity in teacher education has been inspirational. 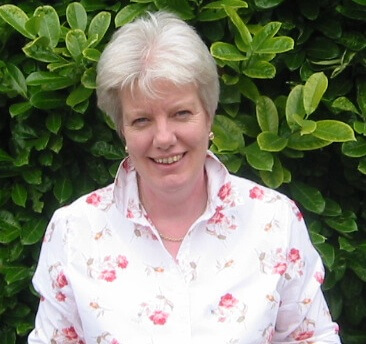 For her indefatigable work as newsletter editor and research conference organiser over so many years.  In these roles she showed not only her vision for the intellectual and community development of ITTE, but also her selfless and unassuming approach to working hard behind the scenes to make sure that things happened to the benefit of ITTE members.  Libby has been the ‘heart and conscience’ of ITTE over many years.  She has always approached her activity in a principled and collegiate manner, and is held in enormous affection by so many in the community.